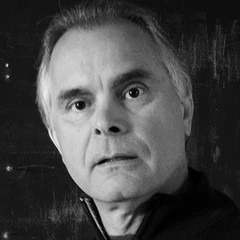 William Acheff’s art passion was kindled while living in the San Francisco Bay area when, at age 22, artist Roberto Lupetti invited him to his drawing class. After six months, Acheff moved into his own studio while continuing visits to Lupetti’s studio for criticism and words of wisdom.
Restless, Acheff ventured to Taos in 1973. Armed with classical training, he developed a very distinct style that is widely recognized and admired. He is renowned for his highly realistic still lifes of rich Native American artifacts of the past. The Pueblo Indians of Taos have provided him with inspiring subjects to paint. “Artifacts and traditions of the past,” he explains, “seem to hold more mystical and aesthetic value than those of contemporary times.”
Acheff has shown in major Western art shows: Western Heritage Sale, Artists of America, National Academy of Western Art, The Hubbard Show, Prix de West, Autry Masters of the American West. He is a two time Prix de West Award winner (1989, 2004) and received the Masters of America West Purchase Award in 1998.