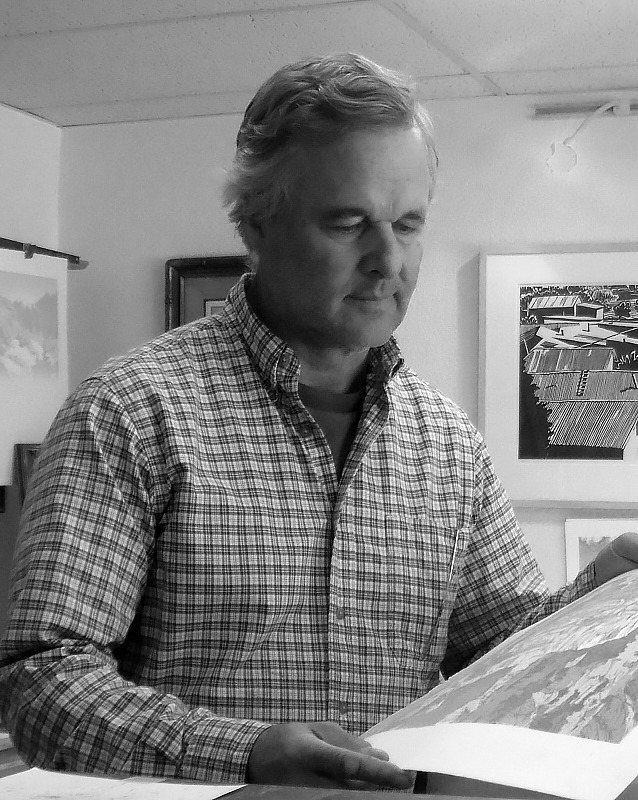 Raised in the open ranch land of Northern New Mexico, Leon Loughridge developed an early affinity for the Southwestern landscape. He was greatly influenced by his grandmother’s involvement in Northern New Mexico art circles and by his studies at the Colorado Institute of Art.

Stationed in Germany while in the army, he was able to travel extensively throughout Europe, visiting museums and filling journals with sketches. He studied painting techniques of the old masters for two years, finishing by copying a Franz Hals at the Stuttgart Stattsgalerie Art Museum. The museum’s collection of etchings held a special meaning for Leon.

On his return to Colorado, Leon studied intaglio techniques and began selling his prints in mountain galleries. In 1998, he purchased his first letterpress and received immediate success with the woodblock prints he produced. The subtle layering of color in the wood block process allows him to capture the atmospheric qualities of the Southwestern landscape.

His work is exhibited nationally and collected by numerous museums including the Denver Art Museum, the Denver Public Library, and the Colorado History Museum. Loughridge was selected to be the featured artist for the 2005 Colorado Mountain Landscape Exhibition and Sale, and his work was on display in the 2015 Coors Western Art Exhibit and Sale. 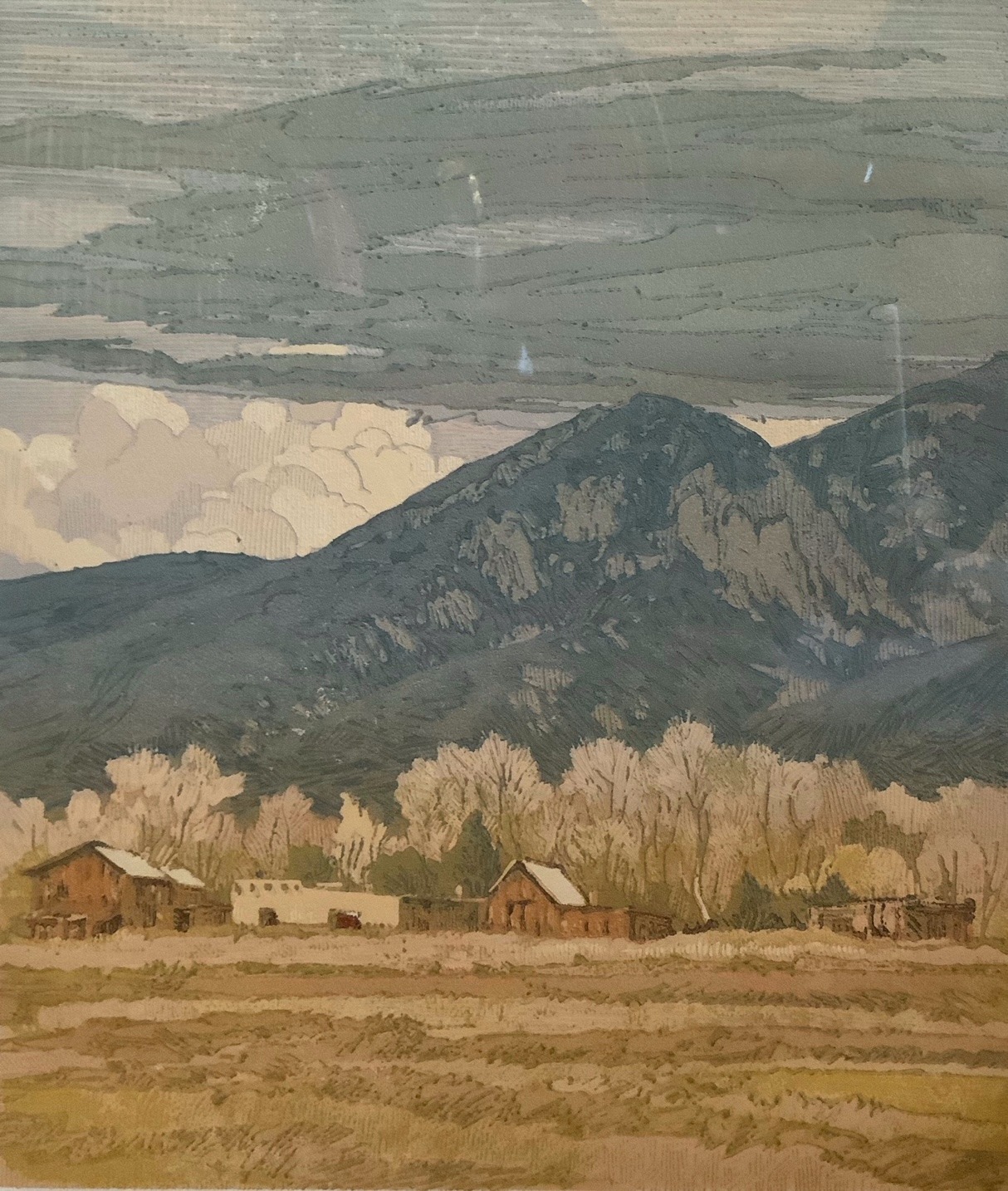