Auguste Moreau (1834 – 1917) was a French sculptor born in Dijon. The third and youngest son of sculptor and painter Jean-Baptiste Moreau, Auguste began creating sculptural works alongside his older brothers Hippolyte and Mathurin.

In 1861, Auguste Moreau made his debut at the Salon, where he exhibited regularly and abundantly until 1913. Moreau cast much of his sculptural work in bronze, often choosing pastoral or allegorical scenes as his subject matter. The fine works exhibit a naturalistic, elegant style, showing similarity to pieces cast by other members of the Moreau dynasty.

Today, Auguste Moreau’s sculpture is as highly prized as ever, and can be found in many important public institutions, galleries and collections around the world. 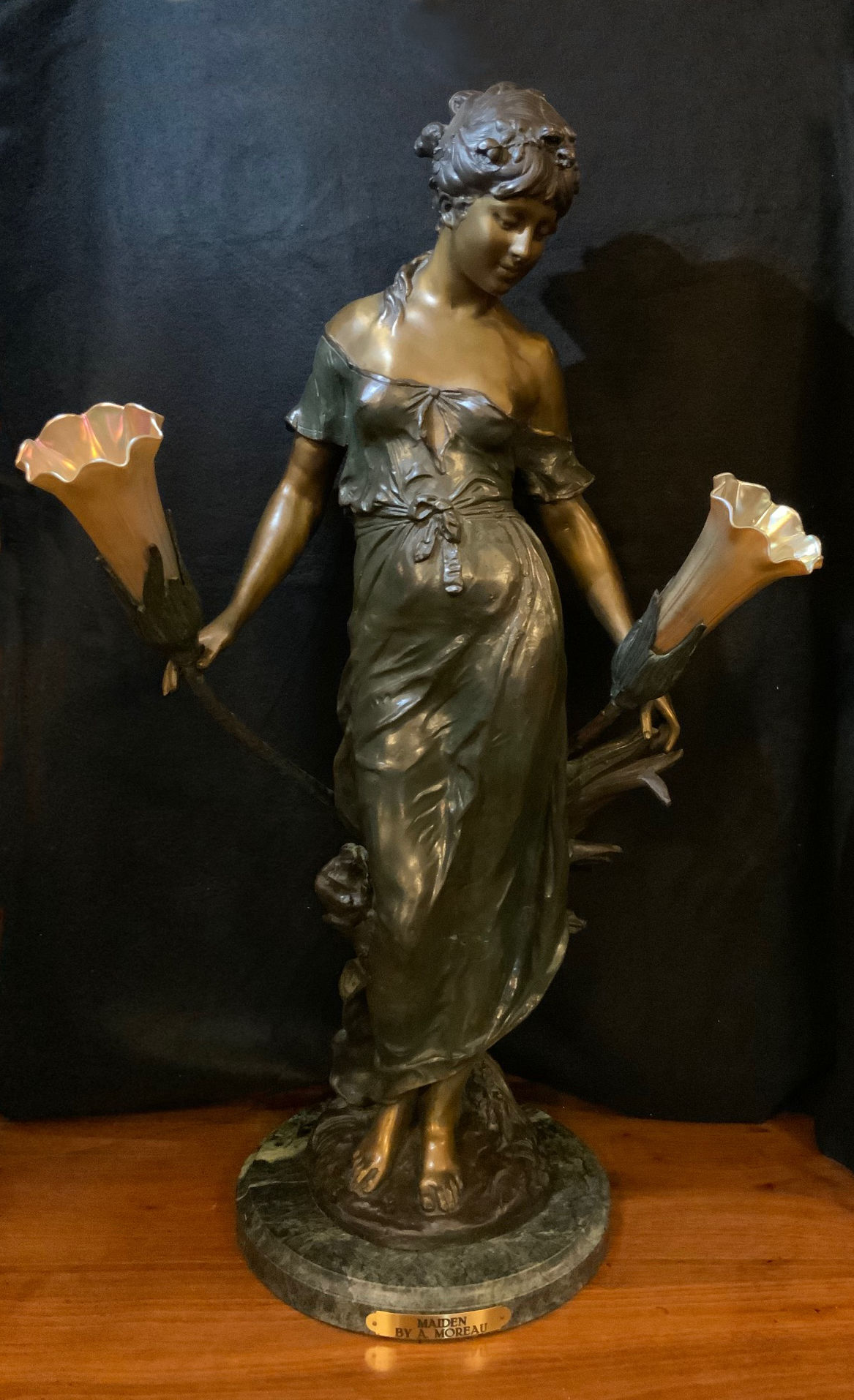