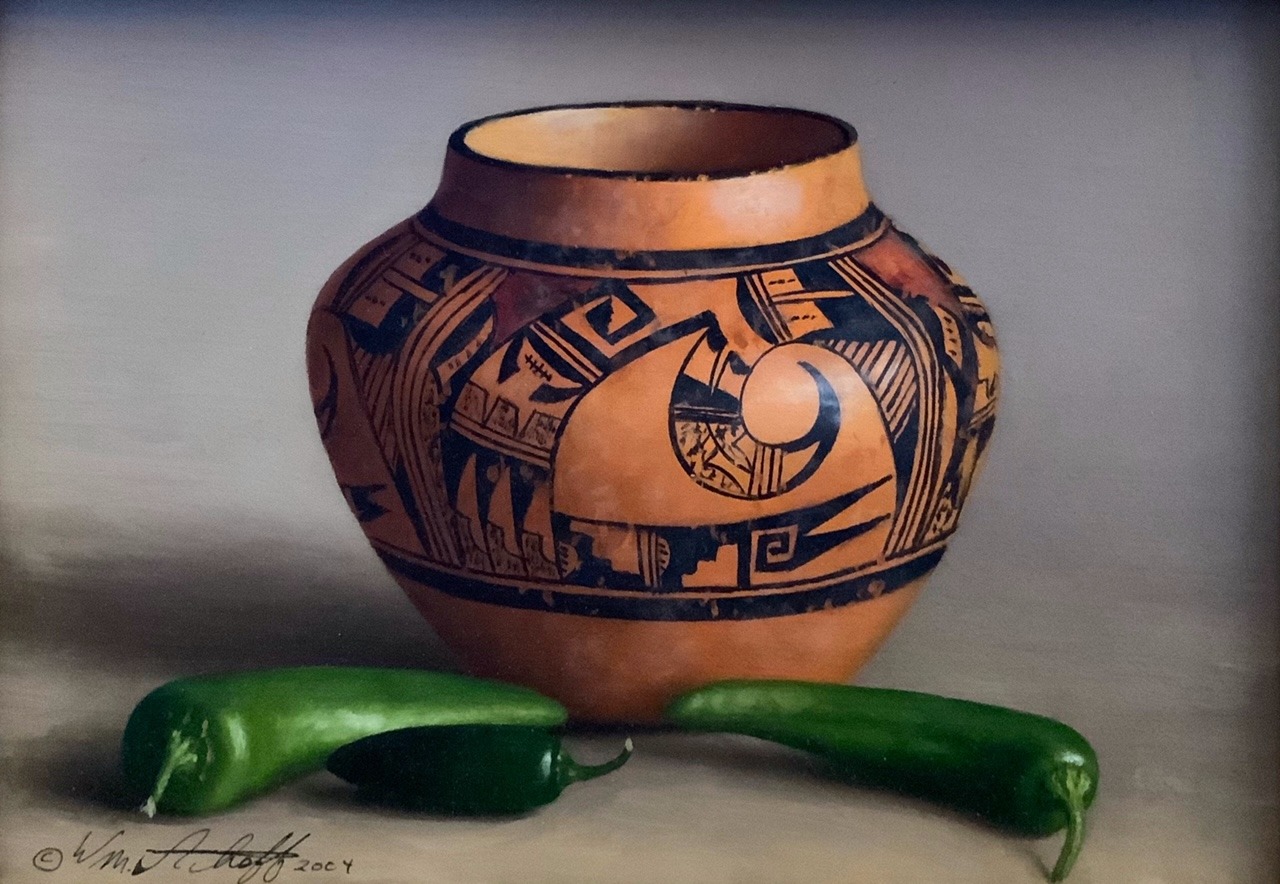 The very detailed painting brings the viewer close to the scene. The pot has character to it, and there seems to be a consciousness to it.  It is used for storing, or cooking, and there is a quality, a patina that is faithfully rendered from the original physical artifact.  This painting is possibly inspired by the Laguna Pueblo Polychrom Olla, fired around the 1940’s.

Acheff says “As soon as I started painting, it was like heaven. The light, the silence – it just clicked for me right away.”  He learned technique and color from an Italian artist, Roberto Lupetti, while he was working as a barber in the San Francisco Bay area. In 1973 he traveled to Taos, amazed by the Pueblo Indians and their rich culture and history. Their cultural artifacts, an artform that has been practiced both as a form of expression and cultural necessity, provided him with inspiring subjects to paint.  “Artifacts and traditions of the past seem to hold more mystical and aesthetic value than most of contemporary times.”

Armed with his classical training, he developed his very distinct style, which is widely recognized and admired, during his time there.

In his free time, he read Time-Life books about Picasso, Vermeer, and Rembrandt.  He said, “I thought I missed out on all the great artifacts because they were gone. I thought I was born too late.  All of the great European painters, Spanish painters, they painted still-lifes and pots, and then I realized I had them right here.”